Last week I was working from home for a couple days while my husband was with the little dude at Cub Scout day camp. (Which was a bit disastrous, but that’s another post). I hung out will my 10 year old for two days and it was so fun to have one on one time with him. 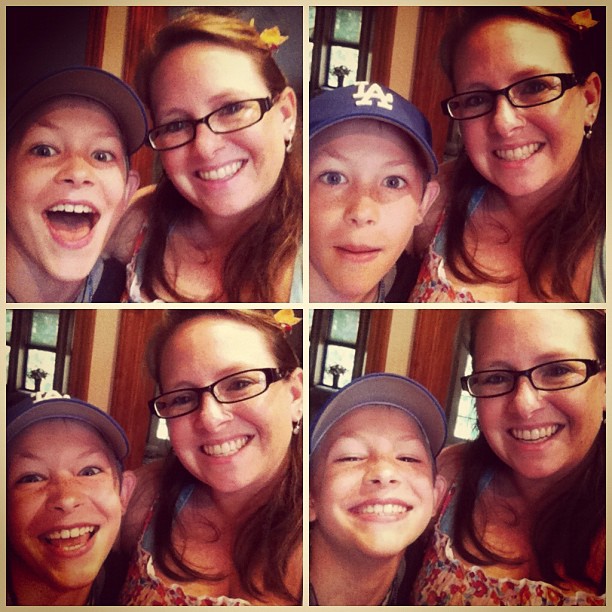 As I was “working” on my laptop in the living room, I turned on an episode of House Hunters. My buddy settled down to watch the episode with me and he was surprised when the couple on the show were gay. Specifically, he was confused by the term “partner” that they used to refer to each other and asked if that meant they were business partners. I explained, no, that meant they were life partners. He asked if that meant they were married. I said, well, maybe – but I’m not sure if marriage is legal in that state. So we looked it up online and found out which states allowed gay marriage, which didn’t, and which allowed some other version like a civil union. As you may expect, that segued us into a very interesting conversation on politics and morality. Um, teachable moment? Yes!

I essentially gave him a crash course in politics, Democrats & Republicans (with a passing nod to other parties), and a high-level overview of hot-button issues. I’m sure he only understood a fraction of what I said, but I hope what stuck with him was my emphasis on the need to learn the issues individually. As he gets older I want to him to think, research, and make decisions on the issues according to what seems right to him. He doesn’t have to follow what his dad and I think; he needs to form those ideals on his own, based on his fact-finding, perception and experience.

I want to provide the best moral guidance I possibly can for my boys so they aren’t caught up in simply what they are told they should believe – either by the media, their friends, or other influential adults. I want their world view to be as all-encompassing as possible. I want them to understand that life isn’t fair, but to also understand they can try to BE FAIR to others. That love, compassion, and kindness is so very necessary and though it’s so often lacking anymore they don’t have to follow that trend. I want my children to help make the world a better place and not contribute to the overall lessening of our moral compass, our collective intellect, and our soul as a country and as a collective world. I want them to understand that we are all responsible for each other.

(I realize “moral compass” can be seen as a bit of a priggish term (a bit stick-up-the-butt, so to speak). I don’t mean it that way; to me, moral compass is knowing right from wrong, good from bad, but also having the ability to understand nuances and extenuating circumstances and intentions behind the actions. To be able to see the big picture – how we all work and interact together, how one action can lead to another, and act accordingly in a way that best protects and nurtures the world and her people).

When I read an article online I typically will scroll down and read the comments. I don’t know why I even do this anymore; I am constantly appalled at the vitriol that come from people’s fingers on the interwebs when there’s no social consequence to their words. People spew hate and venom with little regard to the people their words may affect. I’m sure they think their words don’t make a difference. I can tell you, just scrolling down that list and seeing all the unadulterated bile in post after post certainly affects me.

It makes me wonder what happened. What happened to our collective heart? Are we so very polarized that we can’t imagine that public figures (politicians or otherwise) are people, like you and me, and that they are working and doing the best they can according to their beliefs? There has got to be a way for us to work together, regardless of our beliefs and how they dovetail, in order to protect our world. If people don’t start working together, being sensible to what needs to be done, then I have grave fears about where we will be in 10 years. Or even 5.

For my part, I will teach my kids that it’s not just tolerance that is needed. We need a deeper level of understanding. A deeper level of worldly consciousness. We need to be more selfless. Less motivated by the outcome and more motivated by the journey. I’ll try to teach them to look to the future and worry less about instant gratification. That’s a hard one, I’ll admit, even for me. We are so dialed into our here and now that it’s hard to think of 30, 40, 100 years down the road.

There’s no easy answer here. No quick fix, or easy way to undo all the pain out there. Making my kids *good* people won’t fix it all – I know that. All I know is I will do my best. Like my little Cub Scout. He doesn’t know, or care, what the Cub Scouts stand for, what they believe, or what their controversies have been. He only knows that he needs to do his best.

That’s all we can do.

2 thoughts on “On Doing My Best”